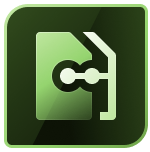 In this example, we'll look at some advanced markup including customised customized approvals, queued actions, custom events, and error handling.

Here is the basic markup shown on from the Different-space publishing page:.

While the above example will enable the different-space publishing, there are some potential issues which that should be considered:

To accommodate these potential issues, we'll make the following updates to the script:workflow markup

Here is the script markup from above, with the added "Synchronise" and "Error" states added. We've also the added states Synchronise and Error.

Currently, the Synchronise state will show the default state selection drop-down, which isn't what we want.

We should probably show an on-screen message during synchronisation synchronization too, using a {set-message} action in the trigger:.

Complex content might take a few moments to synchronisesynchronize, espeically especially if an entire page hierarchy is being published at the same time.

So we'll queue the actions in the trigger.

Here's the updated Synchronise trigger:trigger set on the state change event to the Synchronise state.

If the server is busy, it may take a moment before the queued actions are processed.

We want the "Synchronising" synchronizing message to be displayed as quickly as possible, so let's split that out in to into a separate trigger that uses the pageapproved event instead:.

The last thing we need to do is handle the outcome of the {publish-page} action – to achieve that we can use the newevent parameter.The

In addition to creating the event, the newevent does two other things:

Putting it all together