The people who make decision to Approve or Reject are called Reviewers.

All the reviewers must reach agreement before the review will be considered Approved or Rejected. You can use Events to change this benaviourbehaviour, for example to facilitate Fast-tracked Rejections.

By default, assignees and page watchers will receive notifications about the review progress, and all interactios interactions will be tracked in the Activity Report - Content.

Use the optional approval role feature to record the roles that your approvers are performing. This is a more flexible method of capturing roles compared to named reviews, and allows you to easily assign ad hoc roles when necessary.

When creating a workflow using Workflow Builder, to use approval roles, open the advanced section of 'Edit approval' and tick 'Enable roles' 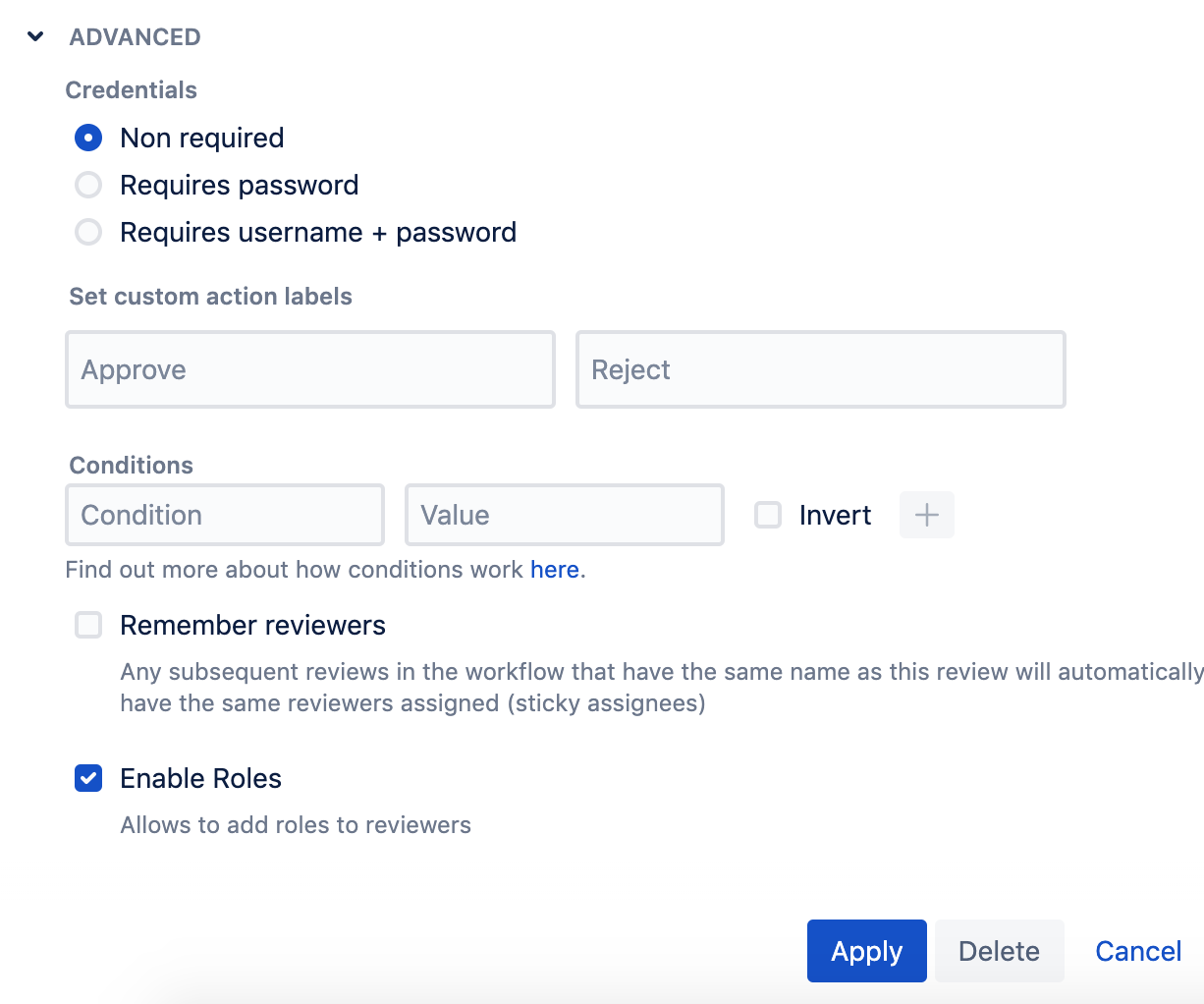 Roles can also be enabled in the {approval} macro by including the roles=true  parameter.

All asoects aspects of the review process generate Events, which can be used to Trigger Actions.